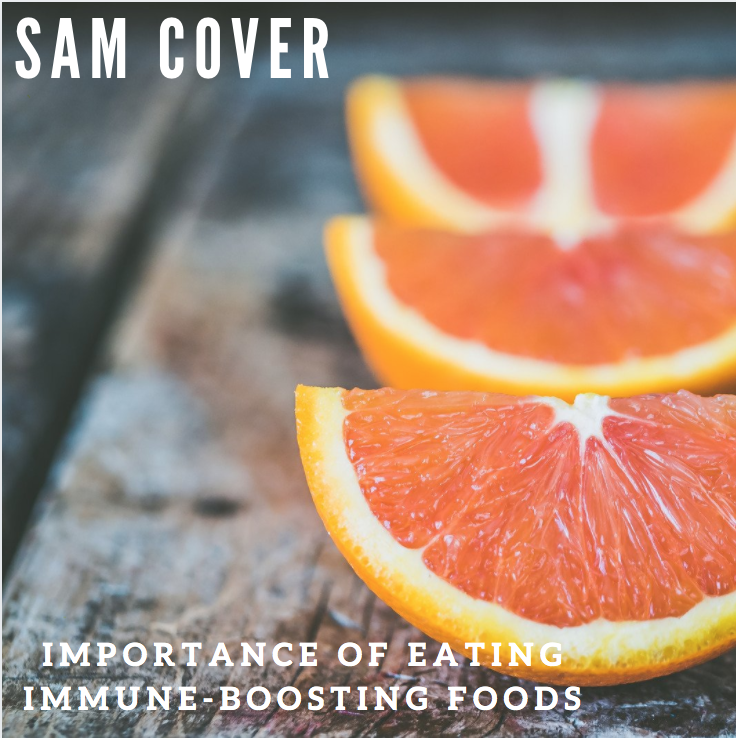 Viruses, and, even the common cold, cannot be fought with antibiotics. Nor can many of them be fought with vaccines because effective vaccines have not yet been found. One way to fight viruses is through a strong immune system. People can boost their immune system through the foods they eat, says Chef Sam Cover Spokane Washington.

A diet rich in Vitamin C has been found to be effective in fighting many viruses, including the common cold, but, hasn’t yet been proven to be effective against COVID-19. Citrus fruits are high in vitamin C, which is believed to increase white blood cell production. White blood cells help your body fight infection, says Sam Cover Spokane Washington. Citrus fruits include oranges, lemons, grapefruits, and limes. Many vegetables also are vitamin C rich. These include broccoli, kale, and red peppers. Red peppers and kale also contain high amounts of beta-carotene.

The human body converts beta carotene into Vitamin A, which helps your antibodies respond to viruses. In addition to kale and red peppers, many other fruits and vegetables are rich in beta carotene. They include carrots, apricots, spinach, squash, and sweet potatoes, says Sam Cover Spokane Washington.

Green tea contains high levels of epigallocatechin gallate (EGCG), a powerful antioxidant with immune-boosting qualities. It also contains the amino acid L-theanine, which is believed to aid the production of germ-fighting compounds in T-cells.