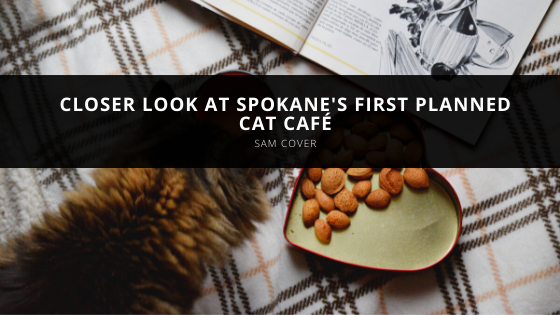 Due to open its doors for the first time in April, award-winning local chef and restaurateur Sam Cover takes a closer look at plans for the Washington city of Spokane’s first-ever cat café, Kitty Cantina.

“Something entirely new for Spokane, Kitty Cantina is all set to be the city’s first-ever cat café,” explains Cover, a multi-award-winning local chef and Spokane County native.

The business had, he says, planned to open sooner, but a delay in completing building work at the site on N. Nevada St. has put the cat café’s owners slightly behind schedule. “Now set to officially open in April, Spokane’s first-ever cat café is inspired by similar ventures in the Portland and Seattle areas, according to its owners,” adds Cover.

In a move that should only serve to further please animal lovers and other visitors to the all-new cat café, Kitty Cantina will also promote the adoption of Spokane’s homeless and rescued cats and kittens. It’s understood that all fees resulting from adoptions arranged by the café business will be donated directly to local shelter SpokAnimal. SpokAnimal C.A.R.E. is a non-profit 501(c)3 organization, supported, it says, by the generosity of its members.

Cats and kittens offered for adoption by Kitty Cantina will, the owners say, be vaccinated, spayed or neutered, and microchipped, fully ready for their new homes at no additional cost to those adopting via the café. “Further to becoming a thriving local business, the café’s goals also include boosting adoption rates of homeless and rescued cats and kittens in Spokane,” chef Sam Cover explains.

Last year, the venture’s owners launched a campaign on the global crowdfunding platform Kickstarter in order to help get Kitty Cantina off the ground, according to Cover.

Surpassing its goal of $12,500, around 300 backers donated a total of more than $13,500 to ensure the eventual launch of the project, now set to open its doors this April. A proposed admission fee of $6 will allow visitors almost an hour in Kitty Cantina’s Kitty Lounge, and also includes a small credit toward a drink of their choice from the soon-to-open café itself.

“Another welcome addition to Spokane’s thriving hospitality and wider business landscape, I’m excited about the launch,” adds Cover, wrapping up, “and wish the owners all the very best in their brand-new venture.”